The Amazfit Verge 2 has just been released and it comes packed with some new hardware as well as a chassis redesign. The original verge was released less than a year ago and many may be wondering if its really worth upgrading so soon. Let’s take a close look at both watches to see which is the better value smartwatch right now.

The biggest difference between the original Verge and the Verge 2 is the overall look and design of the watch. The Verge 1 features a circular AMOLED screen with a grey plastic body and silicone strap. Many people commented on the cheap appearance of the body and accused Amazfit of cost cutting. The poor design was particularly noticeable due to the excellent design of past Amazfit devices which tended to use premium materials. 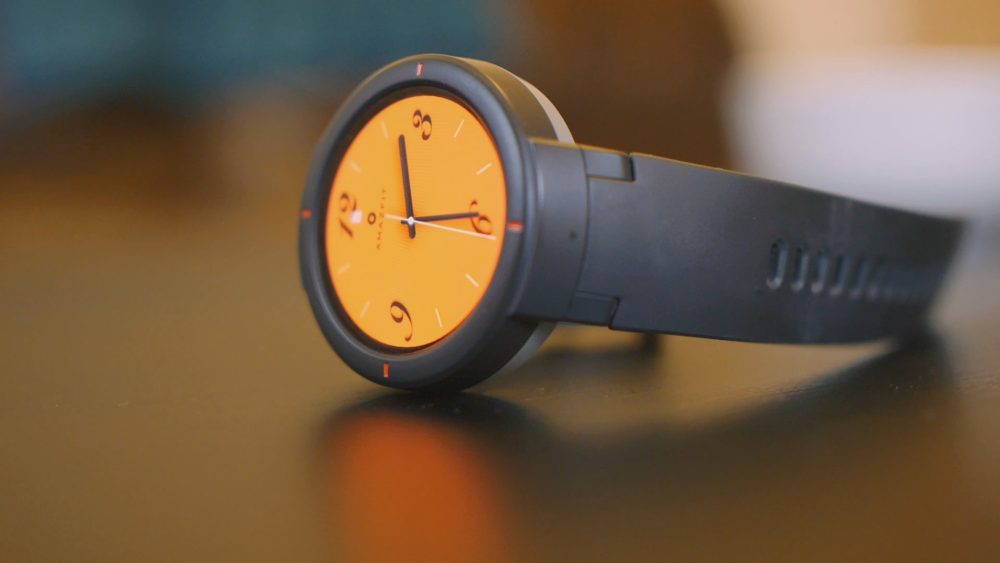 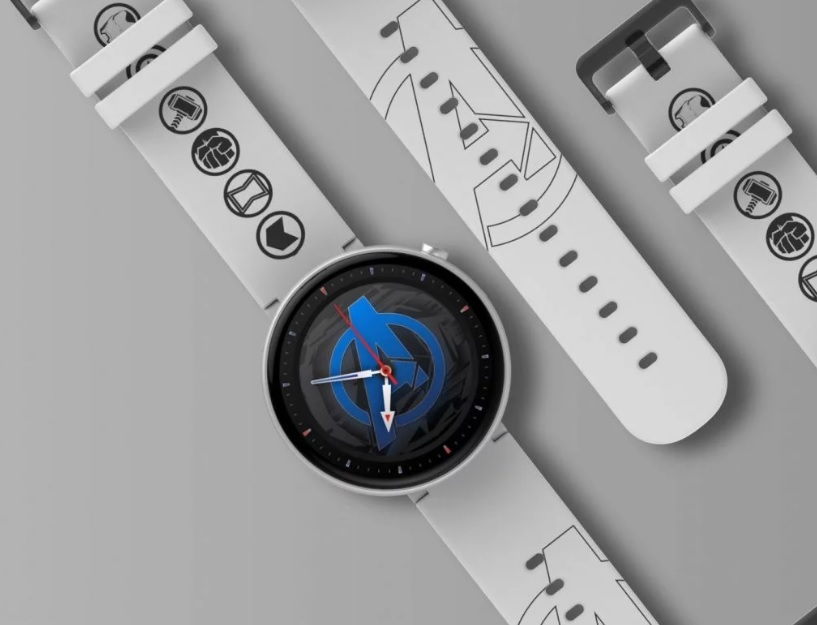 Fortunately the new Verge 2 goes a long way to bring the Amazfit product line back into the good books of the aesthetically inclined. The Verge 2 looks great thanks to a new metal and poly carbonate body and a larger screen to body ratio. The AMOLED screen merges seamlessly with the chassis which features just one manual control for a simplistic overall design. The Verge 2 is stylish and aesthetically pleasing to look at; it’s also not particularly thick so you should have no problem wearing it for a long period of time.

Despite using the same screen technology and having a near identical size screen, the Verge 2 still managed to feature a superior screen thanks to a boost in sharpness. The original Verge’s screen has an overall resolution of 360 x 360, which was good enough for displaying sharp icons and text. The new Verge will have a screen resolution of 454 x 454 which is a significant boost for such a small screen. The appearance of the icons with this resolution is very sharp and watch faces can display more intricate details.

One of the best features of the original Verge was the advanced heart rate sensor which could detect your heart rate more accurately than previous Amazfit watches. The Verge 2 up’s the stakes even more with an ECG monitor that’s able to detect heart arrhythmia and other health problems and an always on AI chip is designed for continuous monitoring. 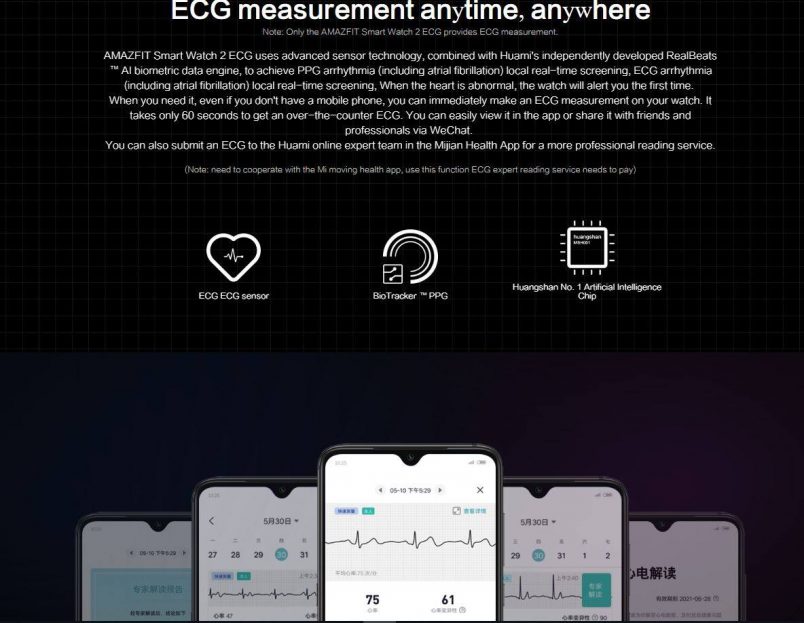 These features place the Verge 2 in the health smartwatch category along with the newest Apple Watch, albeit at a fraction of the price. You’ll also find an accelerometer, pedometer, geomagnetic sensor and ambient light sensor in both devices.

One of the biggest new features of the Verge 2 is the inclusion of e-sim functionality. This allows you to use your watch as a 4G device without needing a physical sim card. You’ll be able to call and text using your watch while not connected to your phone. Of course this will cost extra on your data plan, but it’s one of the cheapest smart watches to have this feature and could be useful for anyone wanting to untether their watch from their phone.

Here is where the original Verge shows its one remaining trump card, it’s longer battery life. The price of all these new tracking features in the Verge 2 is a reduced battery life which only lasts around 27 hours on a full charge. The original Verge can last up to 3 days on a single charge, which I find to be far more reasonable. I’d go as far to say that a single day battery life may be a deal breaker when it comes to deciding which watch to get as I really can’t stand having to charge a watch every day.

Water Resistance: Both watches are IP68 rated which means they are fine to wear in the shower or out in the rain but they won’t survive underwater for extended periods. 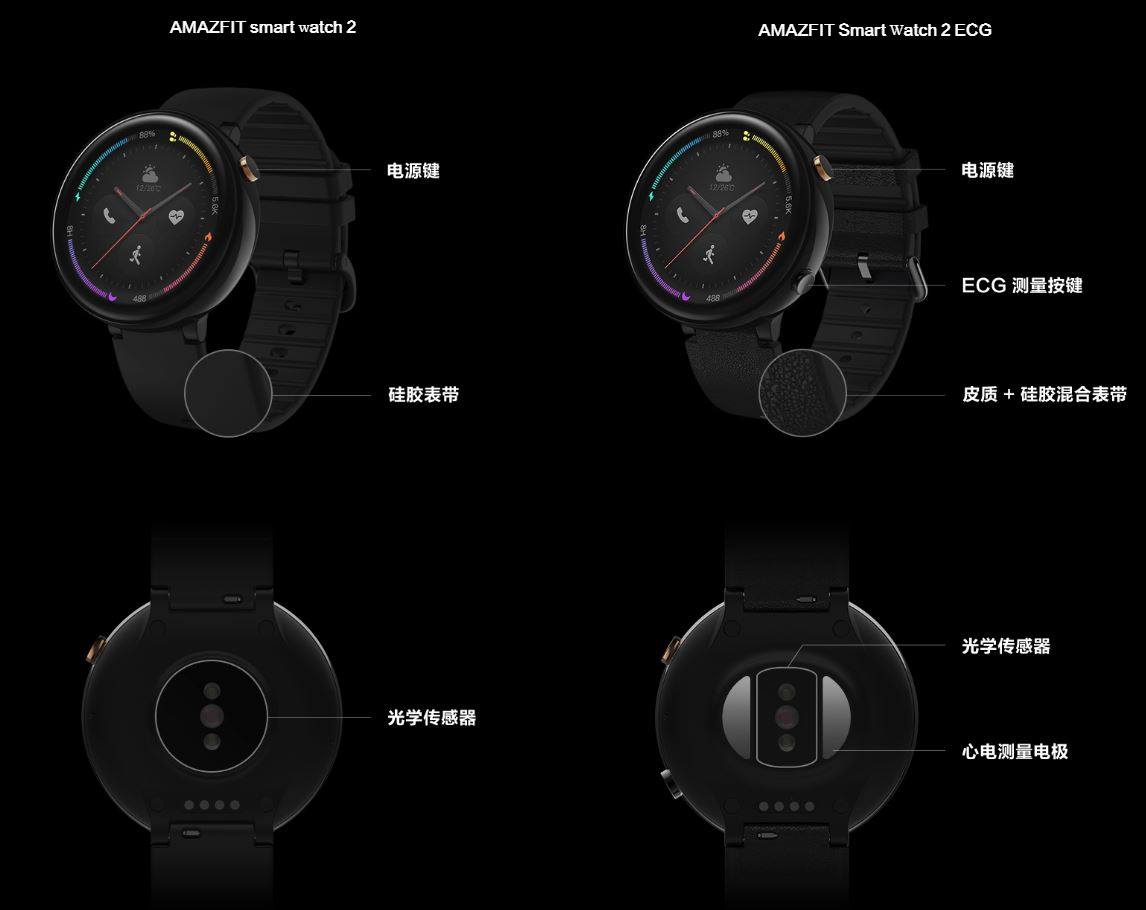 There’s no denying that the Verge 2 represents a pretty big upgrade from the Verge 1 despite it only being released much less than a year later. The Verge 2’s ECG monitor puts it in a higher league when it comes to health tracking and the new polycarbonate and metal body make it far more stylish. I only hesitate to fully recommend it due to the much poorer battery life which may be a deal breaker for some; if you are happy with charging the watch every evening then it’s certainly the superior product.