Home » Amazfit » Amazfit GTS vs Amazfit Bip: Is It Worth Upgrading?
AmazfitComparisons

Amazfit GTS vs Amazfit Bip: Is It Worth Upgrading?

The Amazfit Bip is one of the most popular cheap smartwatches of the past few years. It features a color screen, months long battery life, GPS and a heart rate monitor, all for under $100. Customers have been eagerly waiting the successor to the Bip and now it has come in the form of the Amazfit GTS. While the name has changed the resemblance is close enough for the GTS to be the clear successor to the Bip. Let’s take a look at what upgrades the GTS brings and if it’s worth upgrading from the Bip.

These two smartwatches are similar in shape, design and capability. The GTS is the new kid on the block and comes with a more advanced screen and extra features such as modular information and music control. The Bip is smaller, cheaper and features a much longer battery life of up to 6 weeks on a single charge however it has a pretty poor quality screen and is rather slow on touch response time. 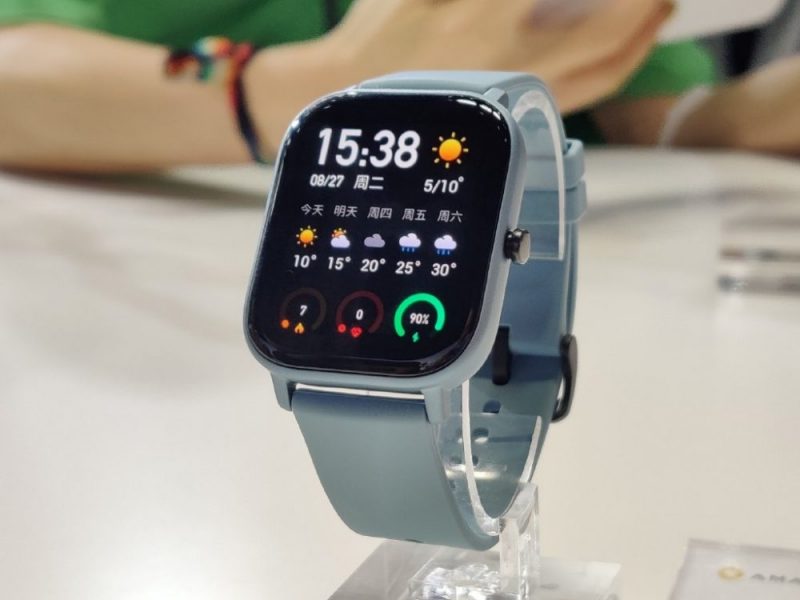 The Amazfit GTS has already been called an Apple Watch clone thanks to its high quality design and metalic body. It features a 1.65 Inch rectangular screen, a single manual control and a metal body. The appearance is sleek and modern and certainly looks more expensive than it is. The AMOLED screen is bright, colorful and vibrant with a high resolution and pixel density. The screen is fully responsive and could easily match up to your smartphone in terms of clarity and ease of use. The GTS also features a new modular display, this allows you to select and alter different sections of the screen.

The Amazfit Bip is also rectangular is appearance with a smaller 1.28 inch screen. The Bip is small, thin and very light. It features a plastic body with a single manual control. The design and appearance of the watch is certainly less premium in appearance compared to the GTS and the screen uses older technology that is only able to display low resolution and low quality colors. The Bip’s touch screen is not nearly as responsive as the GTS and it can’t display as much information due to the smaller screen size. Keep in mind that the Bip is a cheaper option.

When is comes to sports tracking the two watches are fairly evenly matched. Both comes with a variety of sensors including a heart rate monitor, accelerometer, gyroscope and motion detector. The GTS does also come with an air pressure sensor which is missing on the Bip and the heart rate monitor on the GTS is newer and more accurate. 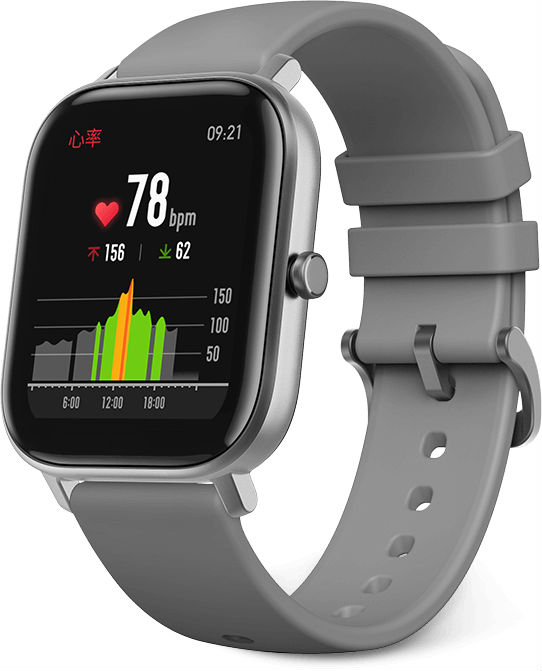 Both watches can track your heart rate, steps, calorie burn and sleep quality. Even though the GTS is the newer device is doesn’t come with many new tracking features. This might disappoint many who were hoping for a stress monitor and ECG; two features that you can find on the Apple Watch. 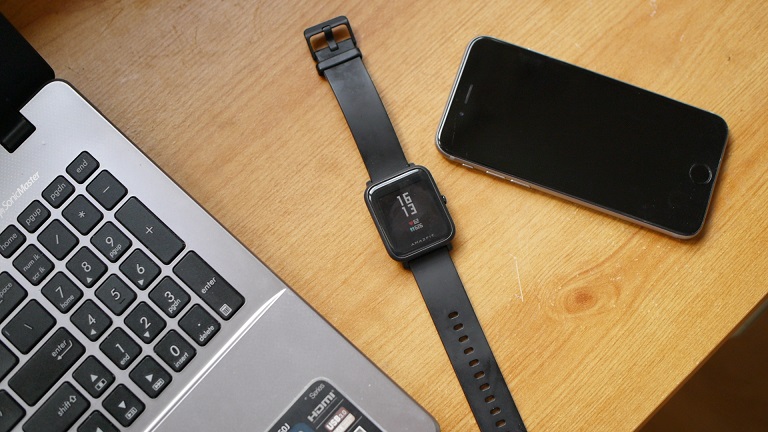 While there are few new tracking features in the GTS you will find that the accuracy of the sensors is improved compared to the Bip. When using the bip as a fitness tracker I’ve found that it isn’t entirely accurate; often the heart rate sensor detects a heart rate even when I’m not wearing the watch and I doubt the accuracy of the step tracker too. The GTS comes with more advanced sensors which should help to eliminate these inaccuracies.

Water Resistance: The Amazfit Bip is water resistant up to 1.5m so while it is not completely vulnerable you probably should go diving or swimming. The GTS has been upgraded to be fully waterproof up to 50 metres which will be more than enough fr any swimmer or diver.

Connectivity: The Bip can maintain a continuous connection to your phone via bluetooth and also features GPS, in fact for a long time it was one of the only cheap smartwatch that features both GPS and a heart rate monitor. The GTS has all of these options plus NFC, which will probably only work in China.

App: Both watches use the Amazfit App to track and display data. You can view your workouts, daily step counts, average heart rates and more as long as you connect your watch to your phone via bluetooth. You can explore a lot of data on this app and you’ll be able to track how your health and fitness is progressing over a long period of time. You can also view some of this data on the watches themselves however the Bip only has enough memory for 7 days of tracking data and the GTS has a much better screen for displaying.

Battery Life: Probably the most popular feature of the Amazfit Bip is its stunningly long battery life. On a single charge you can get up to 6 weeks of standard watch time, which is believe is still the longest battery life of any smartwatch out right now. The GTS cannot match this but has a longer than average battery life of up to 2 weeks of average use.

If you are wondering if the GTS is a big upgrade from the Bip then the answer is a resounding yes. Everything from the screen to the software has been changed and improved. While the battery life of the GTS can’t watch up to the Bip I believe the sacrifice is worth it. The modular screen is a great innovation and the design of the GTS can almost match up to the Apple Watch in terms of style and attractiveness. While the GTS is significantly more expensive than the Bip I have no doubt that it’s worth it. The Bip was probably my favourite cheap smartwatch of the past year, but it’s had it’s time and the GTS is a worth successor.